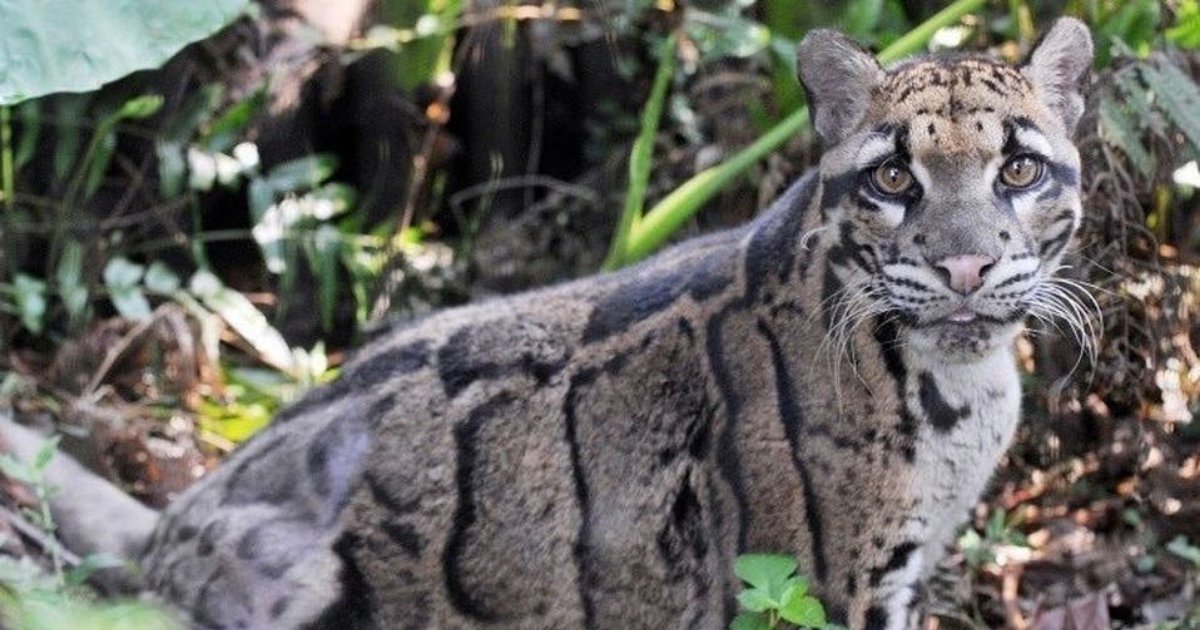 According to scientists and conservationists, our planet is currently undergoing the sixth mass extinction of plants and animals and species going extinct at up to 1,000 to 10,000 times the natural rate. Yet, even though they are in grave danger, we choose to believe that maybe it is not too late for everyone.

The recent spotting of the Formosan clouded leopard, a rare species of large cat, in Taiwan, was more than great news for all, as it hadn’t been officially sighted since 1983, and in 2013, it was declared extinct.

Historical records of this leopard date back to around the 13th century, when indigenous people brought its pelts to trade at the busy markets of port cities like Tainan. It is believed that the only non-indigenous person to have ever seen such a leopard was the Japanese anthropologist Torii Ryūzō, in 1900.

However, it has been seen in the wilderness by many people across the archipelago’s southeast, and it had been spotted prowling in the countryside near Taitung County’s Daren Township.

The Paiwan tribal authorities had formed indigenous ranger groups which are supposed to patrol the area and guard sensitive areas. They saw the leopard, known as Li’uljaw, which also holds a sacred status for locals when it suddenly climbed a tree before scrambling up a cliff to hunt for goats.

The Asian cat was again seen by another group when it darted past a scooter before quickly climbing a tree and disappearing from sight. This find is of extremely important significance for the local people in the area, and they are now holding tribal meetings to determine their next steps.

Tribal members believe they could stop the hunting by outsiders, and the elders of the village urge authorities to end logging and other activities that harm the land. National Taitung University’s Department of Life Science, professor Liu Chiung-hsi says that he believed this animal still exists.

Taiwan News reported that Pan Chih-hua (潘志華), head of the Alangyi’s tribal conference, confirmed  that his villagers did indeed see the Formosan clouded leopard in the wild, but were reluctant to disclose the time and location of their sightings.

Liu said that this animal is vigilant, so it cannot be easily trapped or caught, so it is no surprise that t it has not been seen by a human being in more than two decades.

Professor Liu also noted that he has met hunters from the indigenous Bunun people who admitted capturing the animal several times in the late 1990s but burnt the bodies in order to protect them from any consequences due to violating Taiwan’s Wildlife Conservation Act.

A team of Taiwanese and U.S. zoologists surveyed the region during the period from 2001 and 2013 and did not see any of these leopards, so they eventually declared that the Formosan clouded leopard had officially gone extinct.

The Taiwan’s Forestry Bureau released its latest Schedule of Protected Wildlife in January, and the Formosan clouded leopard is still listed as category I.

According to Chao Ren-fang, a professor at the Institute of Biology at I-Shou University, it would be a huge thing to remove the Formosa clouded leopard from the list, and it would require taking into consideration societal perceptions as there could be a backlash from the indigenous community.

This situation has drawn comparisons with the Tasmanian tiger (thylacine), the Australian marsupial constantly seen by surprised Aussies despite being declared extinct in 1936, but it is a fact that it is absolutely possible that an animal remains hidden for years and occasionally pops up again.

Recently, a giant tortoise which was last seen in 1906, and was considered eaten to extinction, appeared on an island in the Galápagos.